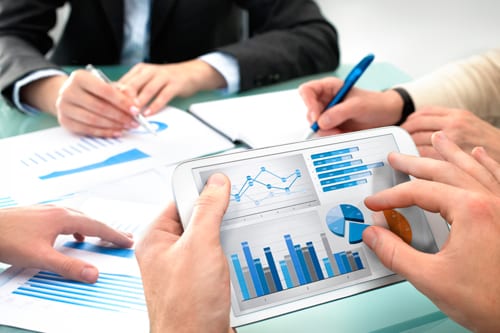 Federal and State authorities are aggressively monitoring the health of the lakes in the US and more specifically CT. Candlewood Lake is the largest lake in the state. The lake is under increasing environmental stress and under the watchful eye of the Candlewood Lake Authority. The WPCA has initiated studies of the options for sewering the 1500 homes in the area to prevent nutrients from flowing into the lake. [2019 Study Documents] This will be a long term solution to improve the quality of this important recreational and economic resource. [More …]

The office of the Town Sanitarian has made an informal finding that properties on Dean Road and on Pocono Road from Silvermine to Route 25 have had systematic septic failures. Repairs cannot conform to current standards, primarily due to hard soil conditions with poor drainage in the entire area.

The Sanitarian office has successfully petitioned the Board of Selectman to allow the installation of sewers to be investigated. Consequently, the WPCA has begun the task to determine possible routing and costs. Given the green light from the Planning Commission, an early step in the process was to have a Public Hearing to review the project with affected property owners. The project was put on the priority list for 2018. A more definitive grant study is pending for Fall of 2019. [More …]

There are several distinct sewer districts that are managed separately.  The users in each district are responsible for the capital costs of the separate systems.

• Federal Road South – From the Danbury town line to Route 133.  There is an extension of this system to pick up the Raymour and Flanigan complex, the relatively new Nabby Road town house complex up to Huckleberry School. Additional on-line monitoring was installed Spring 2014 to determine all the flows entering the final pump station. In 2014, the WPCA took over the private pump system on Commerce Drive, an industrial section in Brookfield. It is undergoing upgrades to bring the station to current standards. Commerce Drive is considered to be part of the Federal Road South district.

• Federal Road North – From Route 133 north to the New Milford town line. This area is undergoing a growth spurt with town homes and condos in the vacinity of the Four Corners and Oak Meadow.

• Brooks Quarry – This is an elderly housing project owned by the Brookfield Housing Authority (BHA) located at the North end of Laural Hill Road close to the intersection of Federal Road. A sub-standard sewer system was built in 1994 and has failed requiring frequent and extensive maintenance. The BHA obtained a grant from Connecticut Housing Finance Authority (CHFA) to fund the project. With the grant is awarded, the project was built in 2016. This area had already been on the sewer system in the Federal Road North district.

• High Meadow Condo Area. At the request of the High Meadow Condo Owners Association, and consent from the Board of Selectman and the Planning Commission, the WPCA embarked on an initiative to study the engineering and costs of sewering the condo complexes bordered by the Rail Road, Route 133 and Silvermine Road, thus including the Newbury Crossing and Ledgewood Condos. All three condo associations supported this project. The application for Wetlands approval was quite extensive and required complete engineering work be done to make a Wetlands application. It turns out that the lowest cost route through the wetlands is not as low cost as expected. The cost was on par with other routes that do not require high maintenance in wetland areas. The design was finalized, bid and a contract finalized June 2014 and was completed October 2015.

• Sandy Lane. This work was completed early 2012. This is a project that takes advantage of the routing of the 2009 lines that now allow certain properties to connect to the sewer system via gravity. The Sandy Lane Condo Association properties and the commercial properties housing Bob’s Discount Furniture, AutoZone and Maggie McFly, for example, can now abandon their pumping and emergency generator systems. These are costly to maintain, especially as they become older.

• Del Mar Drive Area. This was partially a in-fill project to provide sewer service to 28 properties on Old New Milford Road and certain properties on Federal Road up the hill across from the Del Mar Drive intersection to the top of the rise in the area. The system is now open for business. Septic systems are a challenged in this commercial/industrial area limiting use. With the advent of town water to the industrial area on Del Mar Drive, the property owners in this area had requested an extension of the sewer system. This project was completed 2014.

Brookfield Market Area. At the request of the Town Sanitarian and consent from the Board of Selectman and the Planning Commission back in the 1990’s, the WPCA has embarked on a study of the engineering and costs of sewering the Brookfield Market and Craft Center Area. A design and proposal is expected for late 2019.

Brookfield does not treat its own waste water. Instead there is a contract with Danbury to handle flows from Brookfield at a maximum rate of 500,000 gallons per day. The WPCA prepared a 20-year capacity study to estimate future sewer needs.

At present Brookfield flows are a little more than the contracted capacity reservation. Historical flows are reported below for the FY ending June 30 of the stated year. The total reservation is slated to decline to 385,000 Gallons per day in 2022.