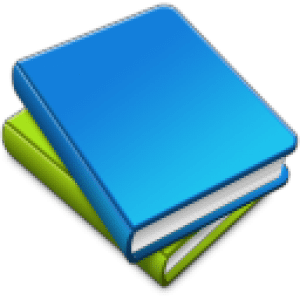 On September 27, 2021 a Public Hearing was held to take input on a proposed sewer moratorium. Changes were subsequently adopted December 15, 2021 in the Brookfield Water Pollution Control Authority Sewer Use Rules and Regulations.

Changes to limit sewer connections due to capacity restrictions. See recent changes adopted 12-15-21 [Download]. These changes are integrated into the full RULES AND REGULATIONS document. This can be downloaded by click on the image at the left above.

A. Changes to Capital Cost Recovery Connection Charge (CCRCC) for projects under construction when bond period ends. Changes were made only to Section 7.3.1.

A. Addition of rules regarding charges for private pump station and Fat-Oils-Grease (FOG) trap inspections.

B. Setting a fee of $80 per year for each private pump station and each FOG interceptor, billed semi-annually.

A. Changes pertaining to submission of electronic as-built drawings

B. Provisions requiring a sewer permit for modifications to a structure’s building sewer

4) A map is part of the Rules and Regulations. [View map on web]   (Download Map as PDF)

5) All these changes were adopted and incorporated into the Brookfield Rules and Regulations.

On June 26, 2013, a Public Hearing was held to consider changes in the Brookfield Water Pollution Control Authority Sewer Use Rules and Regulations to modify the Regulations to:

1) Bill usages charges to be billed sem-annually instead of quarterly. This is to make the operation more efficient to keep costs and rates down.  There is no change in usage rate. Rates remain at $380 per year per unit for Fiscal Year 2013-2014.

Bills will be sent out in December and June of each year. The following notice was inserted in the September 1, 2013 bill:

2) Modify the inspection rate from $50 to $75 per hour. This is to come closer to covering the full cost of inspection time. Inspections are typically done in instances of construction.

3) Other technical changes are made to update the Regulations and include a clearly articulated means to calcuate the Capital Cost Recovery Connection Charge.

View or download the June 2013 rule changes as adopted.

View or download the entire body of Brookfield WPCA Rules and Regulations: