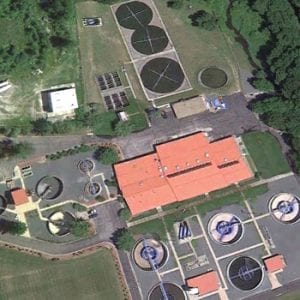 All wastewater flow generated in Brookfield is sent to the regional treatment plant in Danbury.

In 2016 the allocation from Brookfield was adjusted downward from 500,000 gallons per day (GPD) to 340,000 GPD. There has been a recent surge in flow within Brookfield. Consequently, new applications for sewer connections are no longer being. See the

Exerpts from the Danbury NewsTimes, February 11, 2017 by Brookfied Reporter Julia Perkins.
[Link to the full article …]

DANBURY – Under the city’s plan to reduce the capacity of its wastewater treatment plant during a state-mandated upgrade, some neighboring towns will reduce the stream of waste they are permitted to send to the plant.

The city is designing a $102 million upgrade to the plant on Plumtrees Road, which treats waste from Danbury, Bethel, Brookfield, Newtown and Ridgefield. The upgrade will improve the 24-year-old equipment and allow the city to reduce its phosphorus output as required by the state, said David Day, Danbury superintendent of public utilities. In November 2018 Danbury voters approved the bond necessary to sponsor the work. See a contemporaneous NewsTimes article covering this issue.

As part of the update, Day said, the city intends to reduce how much waste flows through the facility each day because none of the contributing towns is using its full share of plant capacity.

When the plant was last updated in 1993, it was designed to handle up to 15.5 million gallons per day. But water conservation measures have been so successful that today only about 9 million gallons are treated each day.

For that reason, Day said, engineers decided to reduce capacity in the upgrade to 11.5 million gallons a day.

“What we don’t want to do is build a tank for 15.5 million gallons per day and never realize that flow,” Day said.

Both Brookfield and Danbury accordingly agreed to reduce their waste limits by 25 percent or more. Danbury will now send no more than 8.87 million gallons per day to the facility, as compared to 12.7 million gallons today, and Brookfield can send 380,000 gallons each day instead of 500,000.

Nelson Malwitz, chairman of the Brookfield Water Pollution Control Authority, said the town averages about 290,000 gallons each day. He said that flow has held steady over the past eight years, despite continued development, because senior citizens spend winters out of town and residents are more environmentally conscious about using too much water.

“Social and demographic factors are at play to have the capacity be less worrisome,” he said.

Even with the development in the Four Corners district, Malwitz said, the town does not expect to go over the new 380,000-gallon limit.

Each town will pay for a portion of the plant’s upgrade, and the city is expecting grants to cover roughly one-third of the project. The work is expected to be completed by 2022.

2) The cost share for Brookfield for purchasing 3.3% of the upgraded plant capacity will be about $2,300,000 after grant funds are applied. Grants are promised for about one-third of the cost payable after the project is completed. This buys 380,000 Gallons per Day (GPD), that is 75% of the current allocation, in line with the Danbury plant capacity reduction.

3) It is anticipated this cost burden to Brookfield will begin about 2021.

5) The Brookfield WPCA Commission has considered the total flow capacity and determined that the revised capacity limit is sufficient in light of the last decade of flow history. It is deemed unreasonable for the current sewer customers to pay now for future capacity that may never be used. It is possible that the Town will purchase the extra capacity, but that is a decision for the Board of Selectmen and the Board of Finance.