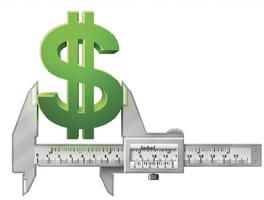 This is like a Benefit Assessment, but applies to properties that come on to a Sewer District where the bond is paid off. This is a way for these later properties to participate in the infrastructure cost and share the cost burden with those that paid for the existing sewer pumps, pipes and manholes. These funds are used for major capital expenditures; such as the addition of a grinder at the final pump station in 2012.

The charge is 2% of the Grand List Value of new construction or 2% of an incremental improvement of an existing property. The charge is billed at the issuance of a Certificate of Occupancy.

What is the legal basis for this fee?

Below is an excerpt from a Department of Energy and Environmental Protection (DEEP) publication, Methods of Capital Cost Recovery on Water Pollution Control Projects, January 1997: Also see CGS Section 7-273

What is a Benefit Assessment?

A benefit assessment is the charge a municipality or wastewater district places against a property to recover the cost of capital expenditures for the acquisition, construction, or upgrading of wastewater collection, conveyance, or treatment facilities. In simpler terms, a benefit assessment is how the costs for designing and building a sewer system (or treatment plant) are divided among the properties served.

Where Does The Money Go?

Ultimately, the money collected under a benefit assessment program is dedicated to pay off the loans or bonds, which financed the project. But what happens after the bonds are paid off? By statute (CGS Section. 7- 267) all funds collected in such a manner are required to stay within the sewer account. They may, however, be used as seed money to begin new projects or as a reserve against needed capital improvements on the existing system. In this regard, the funds may be used for planning and design as well as construction. While some within the existing system may argue that the excess monies belong to them, it must be recognized that the initial planning which put the system in place was probably paid for by the town in general. Further, judicious expansion of the sewer system can result in some economy of scale via reduced user charges, as well as a general improvement in the quality of life, and favorable improvements in the tax base.

How Is the Assessment of Benefits Regulated?

Unlike sewer user charges, which generate revenue for the operation and maintenance of the wastewater collection and treatment system, benefit assessments are not covered by DEEP regulation. The statutory reference defining and allowing such assessments is contained in Section 7-249 et seq of the Connecticut General Statutes (CGS) ‘”. In general, the statute allows a water pollution control authority (WPCA) to levy benefit assessments on properties that are “especially benefited” by the sewerage system.

The benefit assessment cannot exceed the actual benefit that the property derives and may be altered if the property should change to a use that is more benefited. For instance, vacant land zoned for industrial use derives a marketable benefit if it has sanitary sewer service available. That benefit may be increased when the property is developed, depending on the type of development.

What is a Connection Charge?

A connection charge, referenced in CSG 7-255, may be levied at the time of connection with the sewer and is generally in addition to the benefit assessment. Connection charges take basically two forms.The first, which exists while the debt for the sewer system is still active, generally covers the municipal cost of processing a permit to connect, including the inspection of the connection. The second, which usually occurs after the capital debt for the sewer has been paid off, covers both the permit processing costs and a lump-sum payment in lieu of a benefit assessment. In the latter case, the funds collected in lieu of a benefit assessment are available for use for any capital costs within the existing or proposed municipal sewerage system.