This portion of the Brookfield WPCA system gets its name from the fact that it was build to service three separate condominium developments, all built in the late 70’s—Stony Hill Village; Whisconier Village and Cedarbrook Condominium associations. Each of these three developments were serviced by septic systems that had failed. While there was considerable resistance and a long legal battle that spanned two decades, the system is finally operational in 2009.

Hidden in the back woods is the Cedarbrook station. It is also designed to handle waste water from Whisconier School. Consequently, the pumps and piping are over 20 feet deep here.  The discharge from the Cedarbrook and Stony Hill stations is directed to the Sand Cut Station. The Sand Cut Station discharges to the Final Pump station at Federal and White Turkey Roads.

The condo associations we assessed for only about 55% of the cost. The cost was partly covered by a State grant, the Town by having Whisconier school tie in and industrial properties on Vale Road.

For how the Brookfield system is constructed, see the full system schematic 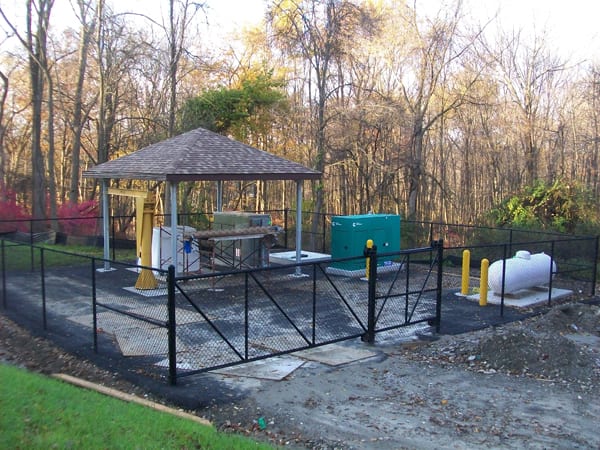 Separately, the Stony Hill Condominium complex has its own pump station.  The discharge is forced over a river (small stream) and through the woods to a high point at Vale Road.  The line down Vale Road transport waters by gravity to the Sand Cut Station.  Vale Road is an industrial corridor.

The new Sand Cut Station with a WPCA garage is shown below. 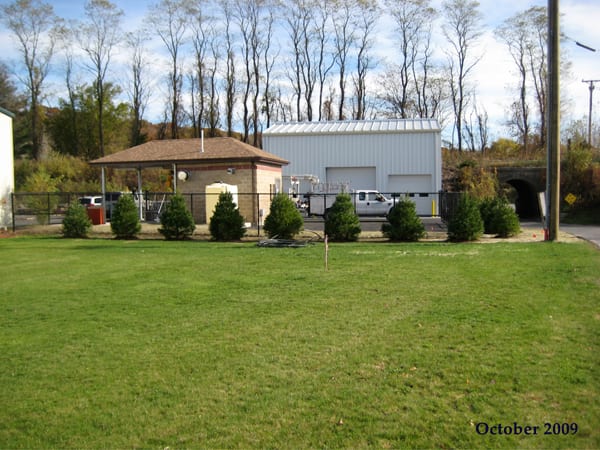