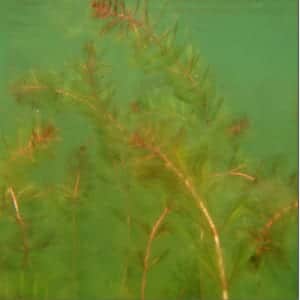 The entire Federal Road corridor is covered by the sewer system, with the notable exception of the Brookfield Market / Brookfield Craft Center area. It is located on the other side of the Still River. Permission has been granted by the state to cross the Still River on the Route 25 bridge. That solves an important hurdle for a solution to move forward.

This project has been given the approval by the Board of Selectmen and the Planning Commission. The WPCA is now in the process of securing financial support from the Town from the America Rescue Plan Act (ARPA) funds to sponsor the common part of this installation. That discussion has started. In the meantime, engineering work is underway to assemble refined cost estimate and a bid package January 2022. [More …]

Federal and State authorities are aggressively monitoring the health of the lakes in the US and more specifically CT. Candlewood Lake is the largest lake in the state. The lake is under increasing environmental stress and under the watchful eye of the Candlewood Lake Authority. The WPCA is participating in studies to determine if removing septic flows into the lake will improve the quality of this important recreational and economic resource. [More …]

A comprehensive study of septic flows in the Candlewood Lake is initiated for 2019. Another grant has been awarded to substantially design a complete sewer system with a cost estimate for the Candlewood Peninsula in Brookfield in 2022. [More…]

The office of the Town Sanitarian has made an informal finding that properties on Dean Road and on Pocono Road from Silvermine to Route 25 have had systematic septic failures. Repairs cannot conform to current standards, primarily due to hard soil conditions with poor drainage in the entire area.

The Sanitarian office has successfully petitioned the Board of Selectman to allow the installation of sewers to be investigated. Consequently, the WPCA has begun the task to determine possible routing and costs. Given the green light from the Planning Commission, an early step in the process was to have a Public Hearing to review the project with affected property owners. That 2011 session was attended by a small number of affected residences. A survey went out to property owners to gauge the desirability of installing sewers in this area. The results were about 1/3 Yes; 1/3 No and 1/3 no response. [More …]

The matter was submitted to the State for Clean Water Fund grant or loan. It was put on the priority list for 2018. A more definitive study was completed in 2020. Subsequently, a CT DEEP Planning Grant has been awarded to substantially complete the design a complete sewer system with a cost estimate for the this area in 2022. [More …]

Infiltration/Inflow (I/I) causes dilution in sanitary sewers. Dilution of sewage increases wastewater volumes and cost. Inflow is from inappropriate discharges to the system, such as rain downspouts. Infiltration is groundwater entering sanitary sewers through defective pipe joints, broken pipes and poorly sealed manhole structures. It is often difficult to determine which is causing dilution problems in inaccessible sewers.

A study was conducted in Brookfield in 2017 by Langan, the WPCA Engineering Company, in an attempt to understand why flows are higher during rain events and if there is actionable programs are indicated. Preliminary findings are that the extra I/I cost impact is too low to spend much money to reduce I/I. These studies can be viewed and downloaded here. 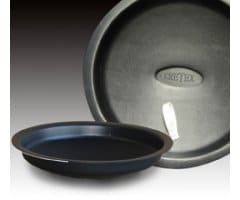 N.B. It was subsequently found that inflow during high rain events is arrested if manhole cover inflow pans are installed. Often storm water flow can divert over a manhole cover along the side of a road to cause significant inflow if rain fall exceeds 1/4 inch. These are being installed in 2021 and 2022. The savings is significant.

The condo owners had their own dedicated collection system and pump station with an emergency generator to pump sanitary sewer wastewater up to Federal Road. The condo association representatives have requested a feasibility study to connect by gravity to the Brookfield sewer system, avoiding the maintenance costs of maintaining the pump system. There are two new possibilities: Connecting into the new Sandy Lane system or the new Del Mar Drive system. The Sandy Lane/Old Gray’s Bridge Road route is the lowest cost option that will work by gravity. The original study is completed which involves routing through Sandy Lane properties. Approvals were granted by both Condo associations in 2016 and was completed May 2018.

A project was approved and funded to construct sewers to service properties in the area of the island between Old New Milford Road and Federal Road. Some properties can now expand or build in this industrial zone. It was not previously possible because conforming septic systems cannot be built. Also, the area is not septic-friendly. Some properties have failed systems that cannot be repaired. Subsequently they could not be sold for further development.

This project was completed in 2014 and the subject of a News-Times article. In the article where water is mentioned, the meaning is sewer water.

This project was proposed, approved, engineered, and subsequently completed to remove pumps and generators at the Sandy Lane condo complex as well as for commercial properties just across from Costco on Federal Road. Construction was completed early Autumn 2011. These properties are now connected to the sewer system by gravity. This opportunity has become available since the Three Condo district was installed.

At the request of the High Meadow Condo Owners Association, and consent from the Board of Selectman and the Planning Commission, the WPCA has embarked on an initiative to study the engineering and costs of sewering the condo complexes bordered by the Rail Road, Route 133 and Silvermine Road, thus including the Newbury Crossing and Ledgewood Condos. The application for Wetlands approval was quite extensive. The project was under construction November 2014 through June 2015.

When the sewer system was first built, the practice of installing grinders prior to the pumps was not generally used. With about two-thirds of the flow coming from the Southwest area that is not pre-ground, the WPCA installed a grinder at the main pump station at the Kohls parking area. This project was completed late 2012. It is a significant improvement to the sewer infrastructure in Brookfield.  [More …]

A new generator now sized to handle the entire station needs was installed in 2015 fueled by natural gas. The cost for both initiatives was $400,000 and funded by contribution to capital from user fees.

This pump station is the work horse in the town lifting flow about 130′. It consumes the most power. It was cycling running about 1 minute in 3 minutes during high flow times. The station now has bigger holding tanks, updated controls and a new generator. The work is expected to be complete in December 2021.