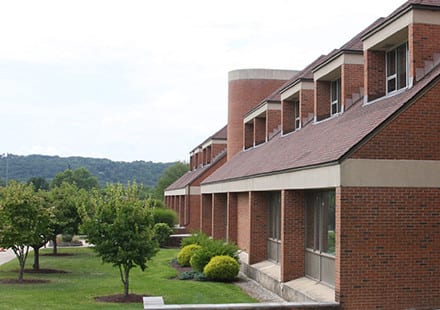 This was implemented beginning July 2011. However, it has been like accepting a check with some hand accounting in the back office. A new system was implemented July 2014 that now integrates with the customer database.

1) The practice for the last 10 years has been to send out quarterly bills for sewer usage, one to each property. Some people own more than one property and, consequently, receive multiple bills. One initiative is to consolidate the billing to reduce the paperwork to the customer and the WPCA.

2) Reducing the number of billings from quarterly to semi-annually, that is to 2 from 4 billings was accomplished for 2014. With the increase in the number of customers the office workload is high. Customers will be better served with two billings rather than charging more, as would be required, if the number of employees would increase.

3) Separately, the Benefit Assessments were previously sent out in September or December, a tough time for high activity and to pay bills. The billing for Benefit Assessments are now all sent out June 1. This consolidates all billing activity to a single and better month. Tax billings are sent out July 1. This is another office efficiency measure.

Yet another initiative was to convert the banking from a system of manual deposits of checks to on-line scanning and deposits. This was implemented early 2010. On-line banking can also serve to assist in the accounting task by automatically synchronizing WPCA books with bank statements. These banking and systems initiatives are being done in consultation with Town Auditors to be certain procedures follow the guidelines of the Governmental Accounting Standards Board (GASB). This is the source of generally accepted accounting principles used by State and Local governments in the United States.

Yet another 2018 initiative was to relocate the office from 285 sqft at the Town Hall to purchase an industrial condo unit at 53 Commerce Road. The old space was simply inadequate and now allows all the staff to co-locate.

It has been a long tradition that no WPCA expenses have been paid for by the general pool of Brookfield taxpayers.  Over the years, the WPCA has generated fund balances sufficient to do major repairs on the systems, if necessary, and major maintenance on mechanical and electrical systems as needed.  By Resolution each sewer district project is required to be separated.  This means that users on each subsystem are responsible to pay for the initial installation of the line.  Usually, this is calculated by taking the net cost and dividing by the Grand List value of each property served by the system.

By State Statute the operating charter of a WPCA is required to be separated from the rest of the town accounting, since user fees alone support this service. That has not always occurred.  However, since the late 90s, approximately $1.3 Million WPCA funds have been used to sponsor construction of the Center School and Brookfield High School sewer systems where in both cases, the construction costs exceeded bond amounts so funds were provided by the WPCA in 1996 and 2005, but not repaid. The WPCA is worked with the leadership boards to resolve return of borrowed funds, left as a legacy from past leadership. The repayment program ended July 2016.

In the FY 2009-2010, the WPCA has transitioned from being a Special Revenue fund in the town to an Enterprise Fund, as required by State Statute. This was a further effort to build a friendly fence separating WPCA funds and general town funds, so the interests of each group—sewer users and all other taxpayers—are easily monitored and maintained.

The Brookfield WPCA operates under an entire body of law as established by CT State Statutes for Water Pollution Control Authority bodies in the state.  The state grants WPCAs the responsibilty and authority to collect benefit assessment funds for the construction of a sewer district.  This body of law also grants the responsibility and authority to operate and fund operations from users.  See https://www.cga.ct.gov/current/pub/chap_103.htm for what should be the latest in applicable law.