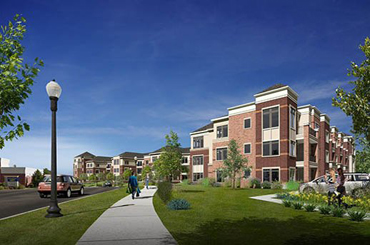 With the WPCA taking over its own finances in 2009, for the first time in Fiscal Year (FY) 2012-13 the budget was developed with an eye on depreciation. Depreciation is a real factor, but it is a non-cash item.

With a compete inventory of assets there is now a good handle on a depreciation number. Since ‘75 until the switch over to Enterprise Fund accounting in 2009, the Town did not generate a depreciation value and communicate it to the WPCA. Under Special Revenue fund accounting, the accounts are designed to zero out at the end of every year. With the WPCA this accounting practice could not happen. This hybrid fund did not get the full attention of the Controllers office for decades. It took about two years to list and classify all the assets from a cold start. That was a rather extensive undertaking.

Prior to 2010, WPCA budgets were cash budgets only. For FY 2010-11 the usage fees were raised from $75 to $85 (per unit per quarter) to keep from running a deficit on a cash budget basis, as had been the case the previous 3 or 4 years. The $85 rate was held for 2-years knowing that depreciation was not properly covered. Having no good basis for the depreciation calculation, the rates were not increased until 2012.

Thus, the 2013 annual rate of $380 was a careful construct toward responsible sustainability without going overboard. It is not unbridled rate structuring. Funding depreciation merits a fresh look each year.   According to the CT DEEP, some CT WPCAs put nothing in reserve. Other towns build reserves to fund improvements and expansions. Brookfield is somewhere in between with the ability to fund recent and pending improvements as reflected in the capital budget. These infrastructure improvements are self-funded, mostly from unrestricted capital funds, without resorting to a loan or asking the Town for a grant.

The rate has subsequently increased in 2017 to $420 per year to cover increasing costs and expansion. This rate has been be stable for several years, but due to increase in December 2020.