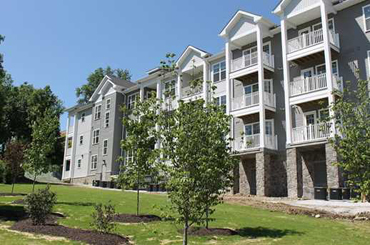 The Budget and Usage Charge History

A householder on the sewer line writes, in part:

I am writing to request an explanation of the 4.7% increase in sewer use quarterly charges for 2021. While I can understand that overall costs may have increased over the last several years, is there justification for such a high percentage increase over that period?

Response: Below is a history of the WPCA budget for the last 20 years. The rate increase is now at an average of 1.7% per year since 2012. A big item is the cost of treating the wastewater flow by the regional treatment plant in Danbury, so that budget item is also shown. It is part of the total for each year. It is 20% of the total operating expense. Another factor has been to budget to cover depreciation of equipment for sustainability. There is now a structured scheduled equipment replacement plan.

* The Fiscal Year runs from July to June
† The Danbury Fees are included in the Total for each year.
# Without grant projects

Over the years, the cost of operation in Brookfield has tracked roughly the same as the costs from Danbury to treat the waste. Costs have doubled in the last 10 years, while the rate has increased less than 50% for the same period. The increases in rates are less than the increases in costs due to more customers and operational efficiencies that have come in both the office and the field operations.

† There has been a dramatic reduction on the charge to process the waste flow. Major improvements to the Danbury plant were expensed in prior years and there were hefty Nitrogen credits to pay. Projects to reduce Nitrogen and Phosphorus are now completed.

For the years from 2007 to 2010, the WPCA was operating at a loss. When the operations of the WPCA were separated from the town to form its own Enterprise Fund, as mandated by law, it was clear that operating at a deficit was not a sustainable situation. This was corrected beginning September 2010, but failed to take into account depreciation to build sufficient capital reserve to cover replacement cost of major items, like trucks and pumps, for example. This situation was corrected with the September 2012 billing. It is consistent with good practice to secure the future without any surprise assessments. The operations of the WPCA are accounted for as a standalone enterprise and are audited each year under the audit of the Town.

In the year 2016-17 the WPCA operated at a breakeven level with large increases in maintenance projects and escalating costs. That is not a sustainable situation. For FY 2017 and beyond, the WPCA has agreed to hire a Director Part-Time as the time expended by volunteer commissioners has increased. Further, the Commission outgrew the its 285 sqft office space in the Town Hall. In 2019 the WPCA acquired a Commercial Condo office space on Commerce Road to conduct its operations.

Fiscal oversight is provided by commission of volunteers from Brookfield appointed by the Board of Selectman. Consequently, there is no management cost for the leadership of this enterprise. That is a substantial savings. See the About Us section for more on the Brookfield WPCA.